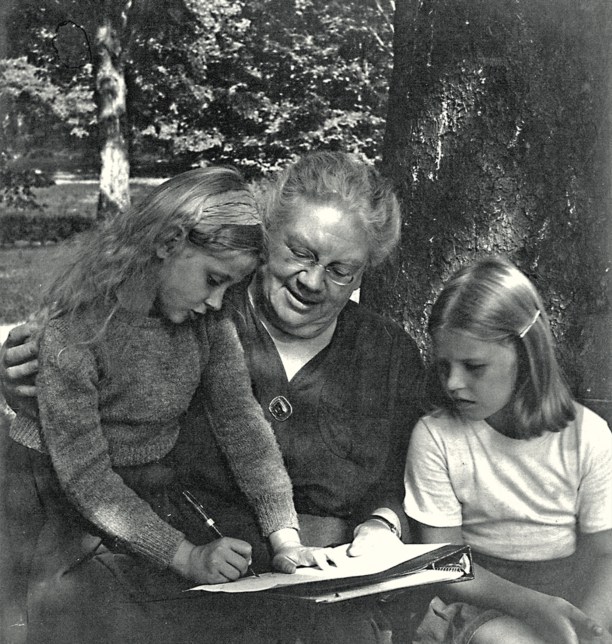 TO PRESERVE THE MISSIONARY TRADITIONS OF THE LEGENDARY TOLSTOY FOUNDATION IN NEW YORK STATE – the staff of teachers strives to do this – they are also the parents of children studying today in the Russian Orthodox school in honor of St. Sergius of Radonezh. The school’s director, George Lukin, tells us that when they founded the school in 2007, they understood that besides the previous problems inherent in the traditions of Russians living abroad - preservation of the Russian language and Orthodox faith among the children living in America, adding still new missionary work in the education of many new arrivals from the post-Soviet area of those of Russian people, often enough little and sometimes not knowing anything about Orthodoxy. And it not only applies to the children but also their parents! But most importantly, says George Lukin, "that we have to preserve our language and to be familiar with Russian culture, for us and the parents and children it is very important to be in a Russian environment, be a part of Russian society, active and effective, and through the school, we are strengthening our ties with the youth and attract new people. The history of Orthodoxy abroad is very rich, and besides book knowledge is important to convey the spirit of our ancestors who left us a legacy of much from that Russia, (which we have lost) and our task is to preserve and enhance this legacy."

ONE OF THE MOST IMPORTANT MISSIONS OF THE TOLSTOY FOUNDATION, founded in the 1930s by Alexandra Tolstoy, the daughter of the writer Lev Nikolayevich Tolstoy, - was to save the refugees of the Second World War from deportation and certain death - hundreds of thousands of Russian people doomed to certain death - who, thanks to the work of the Tolstoy Foundation didn’t wind up in Stalin's labor camps but in America, at the Tolstoy farm where they were helped to heal the wounds of war, get on their feet, and start a new life. After the death of the selfless Alexandra Lvovna - a whole multitude of wonderful people, including the legendary Matushka YOLOCHKA SLOBODSKAYA continued missionary work to help children from Russia. Even later, groups of Russian orphans were brought to Tolstoy Foundation Center for the summer.

TO HELP HEAL THE WOUNDS OF WAR was Alexandra Lvovna Tolstaya’s life work, and in the tradition of the Foundation's founder, the school's staff and its director George Lukin responded generously to the needs of the sick and wounded children in Donbass. Last year, a skin transplant for 10-year old Andrey Milovanov was supported financially on their means and this year, expensive medications were paid for Ivan Kuptsov, who suffered from heart disease and living in Donetsk, where because of the military actions many invalid children are suffering.