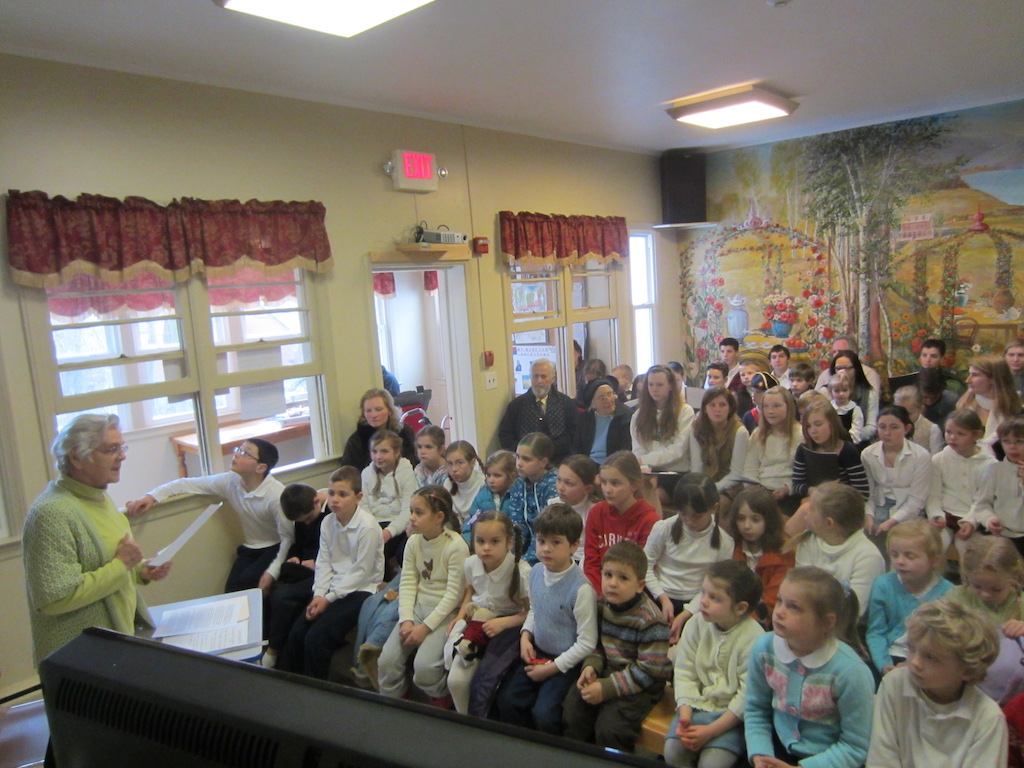 On the initiative of Anna Alexeyevna Chemerova, Tatiana Alexeyevna Rodzianko, along with a group of Russian-Americans, The St. Sergius of Radonezh Learning Center, in association with the Tolstoy Foundation, Inc., opened its doors to students in September of 2007. The goals of the Center are to teach and preserve the Russian religion, culture, language, history and music in Russian- American youth. The Center operates on Saturday mornings from 9:15 am to 1:30 pm. The program includes Russian language and literature, God’s Law, History and Chorus, including both folk and Liturgical singing. There are also courses in the same curriculum, taught in a mix of Russian and English, known as Russian as a Second Language (RSL) which are tailored for those students who do not speak, read, or write Russian proficiently.The program includes grades Pre-K-12. A dedicated group of Russian-American volunteers teach all subjects. They donate their time, effort and supplies on a weekly basis. The attendance ranges from 60 to 80 students on an annual basis. Every year a Russian historical event or figure is chosen as a theme for extra-curricular events. For example, for the 2013-2014 year, the theme was the coronation ceremony of the Tsars, since it would have been the 400th anniversary of the Romanov dynasty that year. This theme also ties into the students’ American heritage, since Russia and the United States always had close ties. It is our conviction that educating our Russian-American youth in their Russian heritage will not only enrich them as individuals but will give them the opportunity to help their American peers develop an interest in and appreciation of Russia.