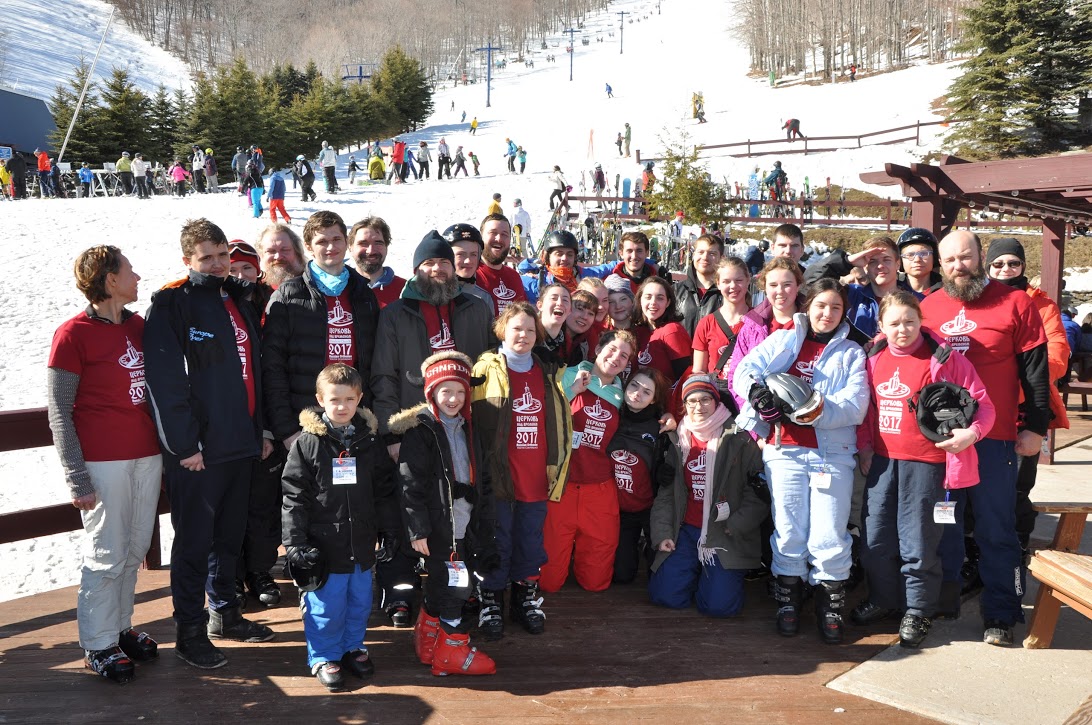 A week ago the fourth annual Congress of Orthodox Youth 2017, organized by the spiritual and educational center Mountain View, was completed. This year the main theme of the Congress was: "The Church over Time."

Now that the first emotions have subsided, it is appropriate to recall how three wonderful February days passed, surprisingly warm in all respects. This year 35 people took part in the Congress (a record number of participants today), including guys from Russia and Argentina. Every day of the Congress began and ended with a prayer. Our congress was honored by guests from Russia: the Archbishop of St. Petersburg and North-Russian Sofroniy (Musiyenko) and the clergyman of the St. Petersburg diocese, Hieromonk Ignaty (Krutkov), who prepared wonderful and interesting conversations with the youth. In addition to the guests, Archpriest Nikita (Grigoryev), Priest Victor (Zavodov), Hierodeacon Pavel (Lipin) and Nikolai Budzilovich spoke with reports. Also, in separate groups of boys and girls, "frank conversations" with Priest Dimitri and Mother Alexandra Dobronravov were held.

The "Round table" has been replaced by a kind of a quiz. During the discussion, the participants had to develop answers to their own not simple questions under the guidance of "consultants" specially identified in each of the four groups. A wonderful Sunday worship by the hierarchical rank, under the direction of Catherine Lukina, served and sang beautifully. "Evening of Talents", which invariably passed with a bang, although this year an additional condition was put - each production (and they were usually funny and comic) had to carry a high idea, morality. With this task, all groups have done a wonderful job!

During the breaks between talks and reports, enough time was devoted to the traditional for our congresses - skating with slides on plush and playing snowballs. There was also a "World Cup football match in the snow," which, as usual, brought a lot of pleasure and presented a huge number of unforgettable emotions. Much of the final day of the Congress was custom-made, according to custom, for skiing and snowboarding, and a good mood was accompanied by beautiful warm and sunny weather!

Taking part in the preparation and holding of the Congress of Orthodox Youth for the third year in a row, I am happy to see that our common work brings good results: children with sincere desire and in increasing numbers are eager to come to Mountain View to learn something new about Their Orthodox faith, to hear the useful instructions of clergymen, to receive answers to current vital questions and spend time among their friends and like-minded people.

I would like to note that the Youth Congresses are a significant event not only for children, but also for many adults who aspire to make their contribution to the common good cause of educating young people, be it the preparation of programs and posters of Congresses, the development and design of the logo, the promotion and discussion of new ideas, possible forms of communication, topics of talks and reports. Special attention deserves the kitchen, where you need to cook several times a day delicious food for so many people!

Year after year, we acquire a precious experience, relying on which we strive to make each subsequent Congress even better, more interesting and richer, since there is no limit to perfection.

The more obvious is the need not only for continuation but also for the expansion of work with young people, because from what seeds will be sown to the souls of today's youth, in the near future will depend on what will be the future of our Russian Church Abroad and all the world around us.