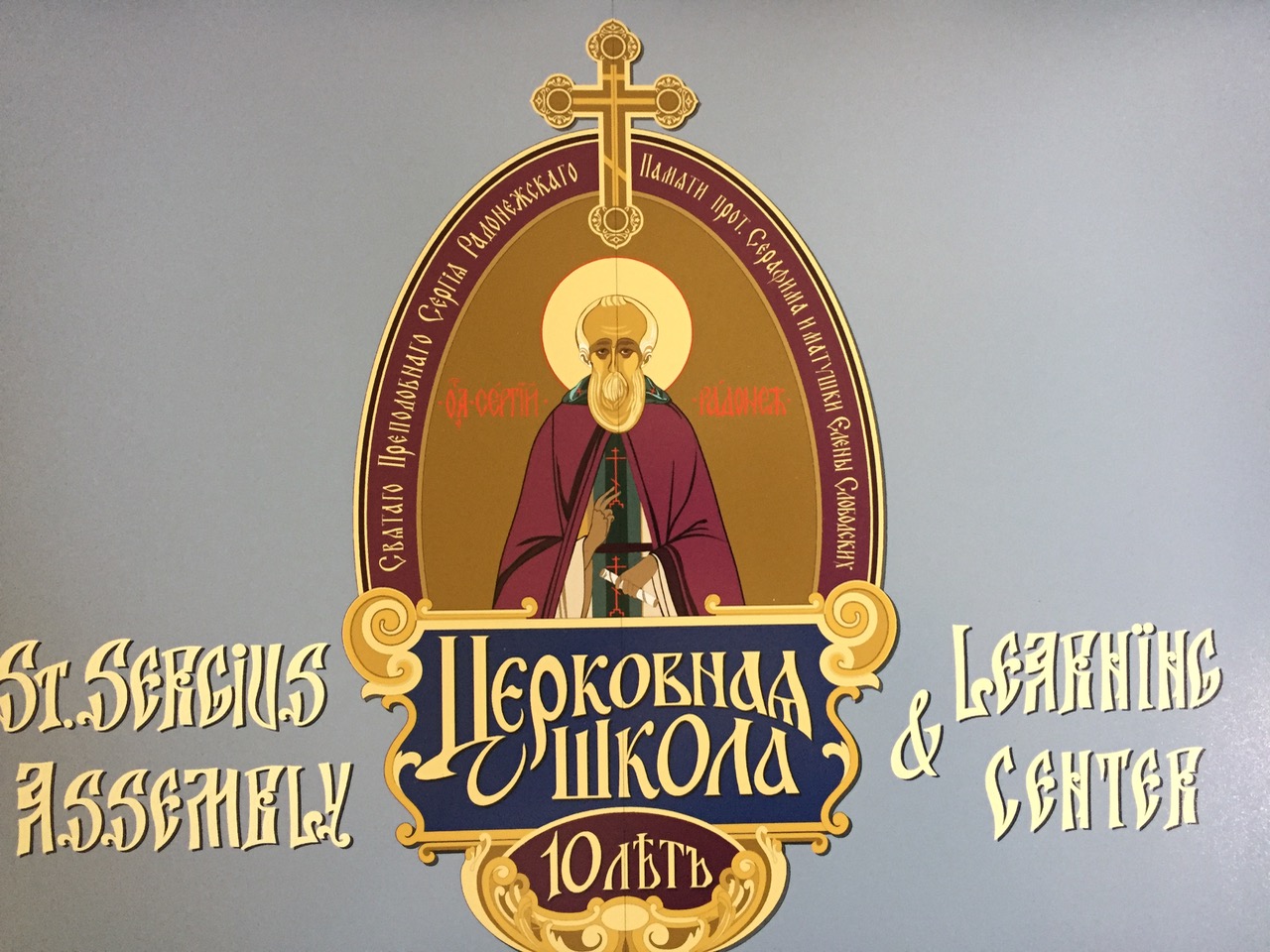 I congratulate you on the successful completion of yet one more academic year, for us a special academic year: the end of the tenth academic year of our Russian school “St. Sergius of Radonezh. In memory of Father Seraphim and Matushka Elena Slobodsky”. Ten years isn’t a short period of our joint work for the benefit of our growing upcoming generation.

I rejoice with you, anticipating the happy times of summer vacations, and I wish you a fruitful summer with the goal of spending this precious time well!

I want to share one very interesting Russian TV program with you, which I received from Russia, and which concerns you and me. A specialist-historian, Leonid Reshetnikov spoke in this program, and the program was called “The Revolution in Russia and the Phenomenon of the Russian World Abroad”.

2017 is the century-mark of our horrible Russian tragedy, which affected all of us with its terrible consequences. The author directly adds: “There isn’t one family in which there is not even one of its members who died in this great shock of our country”. We are the descendants of those who were forced to leave (or even to flee) from their country, abandoning everything dear, created by their own hands. We are children, grandchildren and great-grandchildren of those who took the first blow of the 1917 revolution.

In the television program I just mentioned, the historian Leonid Reshetnikov very flatteringly calls the first wave of Russian emigration “the phenomenon of the Russian world abroad”. He is amazed that the Russian emigration didn’t collapse in the countries of the world, where fate had thrown them. On the contrary, Russian refugees left traces of their cultural, creative and contributions of construction everywhere. In Belgrade, there is a Russian house built by our architects. So many Orthodox churches were built in all countries of our diaspora. So many schools were created. This is all, as the historian says, the creation of the spirit of the Russian emigration, which doesn’t surrender to the difficulties of exile imposed on them. This is the spirit of love for their Orthodox faith, their culture, their abandoned country.

We are also a modest drop, a particle of this spirit. Part of this is standing in the spirit of serving and preserving our dear Russian Orthodox identity, which Reshetnikov calls “The Phenomenon of the Russian World Abroad”.

Do not forget this! Be worthy of the bearers of this precious covenant, passed down to us by our esteemed ancestors, who have borne so much grief and hardship on their shoulders. Continue their holy cause here, in the country which sheltered us, and gives us so many great opportunities.

Thank you for your attention!