Christmas performance: The Tale of the Dead Princess and the Seven Knights 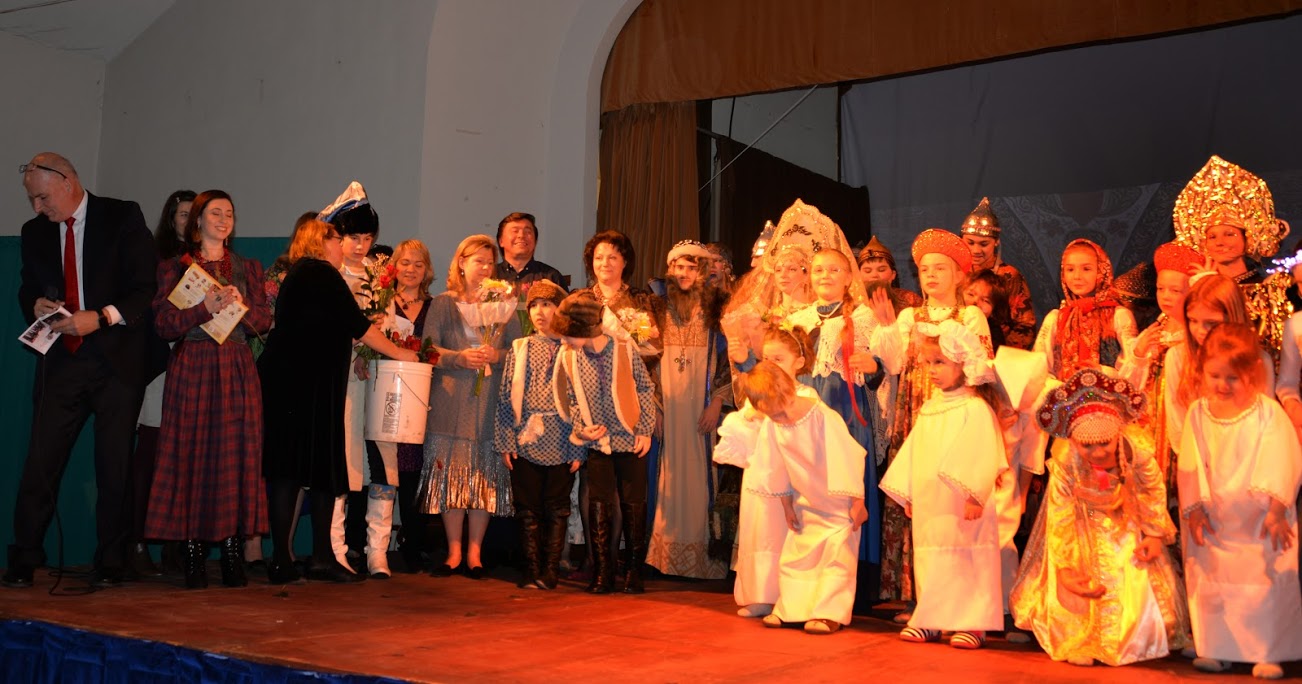 We are glad to present our Christmas performance The Tale of the Dead Princess and the Seven Nights on January 26, 2019 @ 14:00 at:

A tsar goes on a voyage and leaves his beautiful tsarina behind. She spends days and nights waiting for him by the window, and in nine months gives a birth to their daughter. Next morning her husband returns, and she dies from happiness and exhaustion the same day. In a year the tsar marries another woman — not only smart and beautiful, but also arrogant and jealous. She has a magic mirror in her possession that talks back to the tsarina, complimenting her beauty.

As the time passes by, the young tsarevna grows up and gets engaged to the princeYelisei. The night before the wedding the tsarina asks her magic mirror whether she is still the sweetest and prettiest of them all, but the mirror points at the tsarevna which drives the woman mad. She orders the servant girl Chernavka to take her stepdaughter into the heart of the forest, tie her down and leave to the wolves. Chernavka follows the orders, but as they go deep into the forest, the tsarevna starts begging to spare her life. Chernavka, who sympathizes with the girl, leaves her untied and lies to the mistress on return. Soon the news of the missing bride reaches the prince who immediately goes on a quest to find her.

Meanwhile, the tsarevna wanders through the forest and stumbles across a teremguarded by a dog which she immediately befriends. She enters the hut, but doesn't find anyone inside, so she cleans everything up and goes to sleep. After a while seven bogatyrs arrive for a dinner. They kindly greet and feed the girl, calling her their sister, and from the way she talks deduce that she must be a tsarevna. The tsarevna stays with her newly found brothers, looking after the house while they hunt in the forest or fight foreign invaders. After some time the evil tsarina reveals that her stepdaughter is still alive with the help of the magic mirror. She orders Chernavka to get rid of the tsarevna under pain of death. The servant girl dresses as a nun and travels to the house of the seven bogatyrs. She is met by the barking dog that doesn't let her approach the mistress who throws her some bread anyway. In return the nun throws her an apple and disappears. As soon as the tsarevna bites the apple, she gets poisoned and dies. The dog leads bogatyrs to her, bites the poisoned apple in anger and also dies, revealing the cause of the tragedy. They put the girl into a crystal coffin and bring to a cave. Same day the tsarina learns of her death.

Meanwhile, the prince Yelisei rides around the world, asking everyone whether they saw his lost bride. At the end he decides to ask the Sun, which aids him to the Moon. He then asks the Moon, which aids him to the wind. As he asks the wind, it tells him about the cave with the crystal coffin where his bride lies. Yelisei finds the cave and hits the coffin with all his strength, causing it to break into pieces and his bride — to come alive. They ride to the palace and meet the tsarina who is already aware of the wonderful resurrection of her stepdaughter. But as she sees the tsarevna, she falls dead in agony. Right after her burial the couple gets married in a grand ceremony.