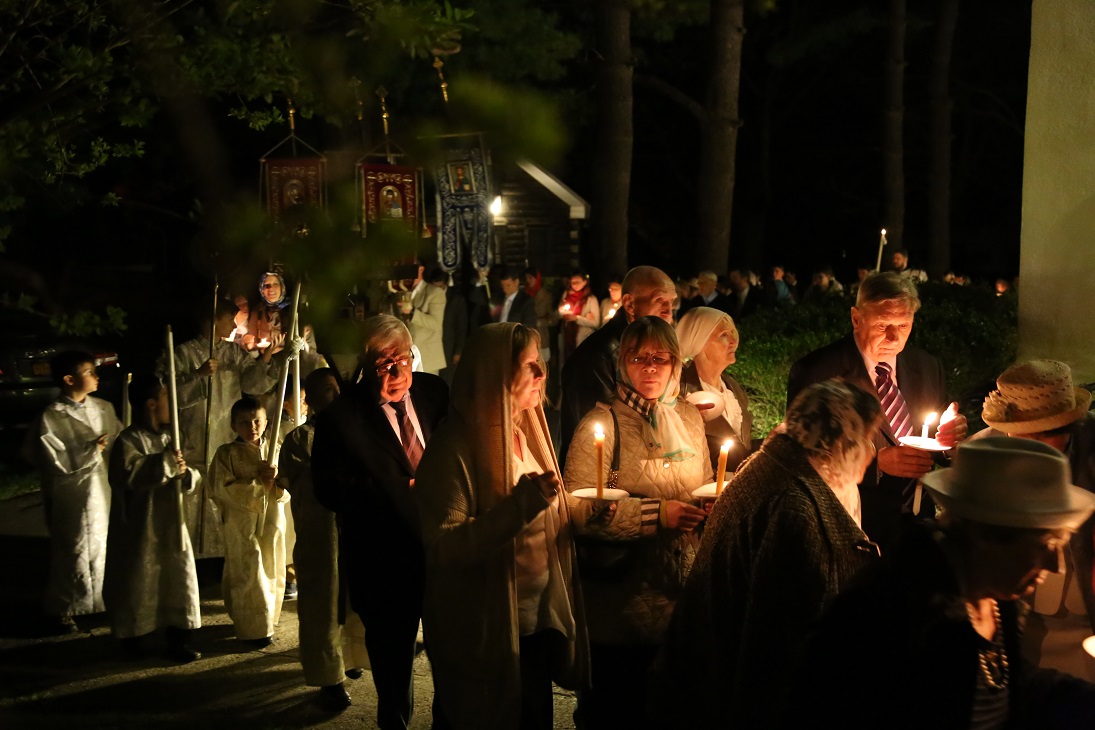 The solemn procession around the church with a large cross (from its bearing at the beginning of the procession, it got its name ), icons and banners around the temple.

One of the first references reported is that at the beginning of the fifth century, Bishop Porphyry of Gaza made a procession at the place of pagan temple, where it was supposed to build a Christian church and during a drought, he made the procession "having before him an honest cross" in the ancient church, where the relics of St. Timothy and other martyrs were. In the sixth century, the undertaking of such processions was legalized by Emperor Justinian I; he also forbade the laity to make processions without the participation of the clergy: "wherefore the procession of the cross, which has no priests, bearing the solemn prayer." Besides this, the processions were made ("peace-offering processions"), when the Byzantine emperors went to war: Theodosius I the Great "with the priests and the people walked around all the temples in a hair shirt, fell down before the tombs of the martyrs and apostles" before marching against Eugene; Emperor Mavriki made a procession in the life-giving source of the temple; Constantine X Doukas made "a long litany with a procession in which he himself walked on foot with tears and a broken heart." There are a number of reports that during natural disasters (floods, storms, drought) processions were made in Constantinople, when "the whole city, according to the historian, spoke as though in church." From the VI century in Constantinople the consecration of churches began to be connected with the solemn processions; so, in the year 536, the first consecration of the St. Sophia Cathedral was accompanied by procession in it from the Church of St. Anastasia.

The Russian chronicler Nestor reported the procession of the Patriarch Photios I with icon-plated Most Holy Mother of God from the Blachernae temple to the sea, during the invasion of Askold and Dir.

The procession around the church in the Russian Orthodox Church takes place opposite the movement of the sun (counterclockwise).

Participants in it are priests and clergy, walking in full vestments, during the procession the prayer canon is sung. Essential accessories from ancient times were the cross and "lit lamps and censers"; then (in connection with participation of the emperors in processions) were added, "carrying of sacred banners, or horugvi, on which were also depicted some events from the history of Christianity, and which were present in the procession. Also, since ancient times, the Gospel and icons were carried in religious processions. Religious rite processions, for the most part, were antiphonal psalmody.